You would be justified if you instantly think of football when you hear the words “Clemson University.” After all, they have been in the top tier of college football for the past several years with a couple of national championships to show for it. But in this post, it’s not all about the gridiron. Today, we’re going to look at the variety development work conducted at Clemson University, South Carolina’s land grant university (LGU). For a refresher on the LGU system, check out our post from July. Although its name may not sound like a public university, Clemson University is named for Thomas Green Clemson who donated his estate to South Carolina for the establishment of an agricultural college in 1889.

But before continuing, let’s take a moment to better understand the major commercial crops in South Carolina. The National Agricultural Statistics Service (NASS) at USDA reports that in 2019 corn was the top crop in the Palmetto State at a value of $173 million. Cotton was number two at $141 million, followed by peaches ($86 million), hay ($83 million), soybeans ($76 million), peanuts ($47 million), tobacco ($28 million), watermelons ($16 million), and wheat ($11 million).

A few years ago, soybeans were the number one crop in South Carolina, but it forfeited that crown a few years ago. Nevertheless, Clemson still boasts a soybean breeding program at the Pee Dee REC that makes about 100 crosses per year.

Another new development at Clemson is the recent creation of the Organic Plant Breeding Institute that focuses on cereal and pulse crops. The Institute, which was postponed until 2021 due to Covid-19 concerns, is part of USDA’s Organic Agriculture Research and Extension Initiative. 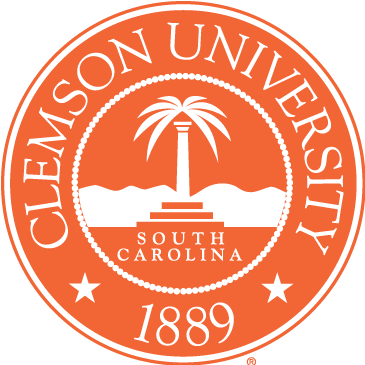 Finally, instead of describing what Clemson’s Peach Team (we told you they were more than just football!) is up to with peach breeding, we’ll point you to some videos where they can tell you themselves.

Although not a comprehensive survey of Clemson’s plant breeding and variety development activities, we hope it’s apparent that while South Carolina may love its championship-caliber football, they also love their agriculture, from row crops like soybeans to specialty crops like peaches.