You guessed it — it’s today. And while I could just point you to the incredibly fascinating and informative National Peanut Board website, we’re going to highlight a few peanut facts here to celebrate the tasty legume. (As an aside, the NPB website is probably the most easy-to-navigate website for a federal commodity group out there which is saying something!) But before we get started, it’s worth addressing a common peanut myth: the peanut is not a nut. Botanically it is a legume, but the U.S. Department of Agriculture places it in the “nuts and seeds” category within the Dietary Guidelines for Americans published every five years.

Okay, now that we have established the dual citizenship of peanuts as legumes and nuts, let’s explore some other fun facts. As a company that got its start in potatoes, we can’t help but see a couple of parallels right off the bat. For example, both potatoes and peanuts grow in the soil. But if one digs deeper (pun intended), they’ll discover that not all peanuts are created equal. Different peanut varieties are grown for different uses. In much the same way that russet potatoes are the most common ingredient for French fries while white potatoes are used for potato chips, the “runner” is used for peanut butter while Virginia peanuts — the variety, not the state — are what you’ll find at the ballpark and sing about during the seventh-inning stretch. There are additional varieties, but those are the two most common. 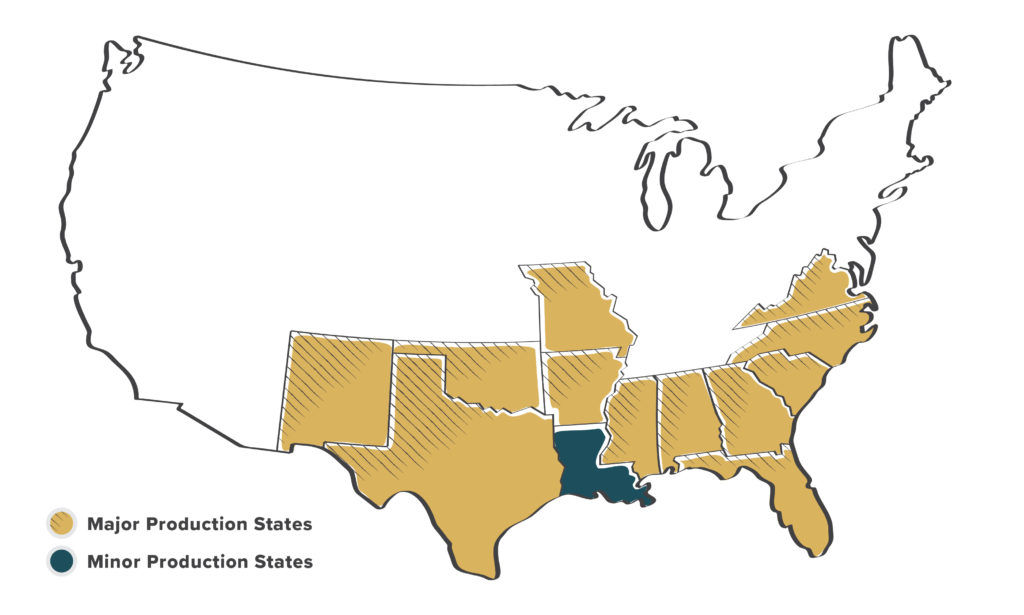 According to the NPB, 94 percent of American households have a jar of peanut butter in the pantry, but only 13 states commercially grow peanuts. Most peanut production can be found in the South, but production stretches as far west as New Mexico. Roughly 90 percent of U.S. peanut production can be found in Georgia, Florida, Alabama, Texas, North Carolina, and South Carolina. The remainder of U.S. peanut production is in Mississippi, Virginia, Oklahoma, Arkansas, New Mexico, Louisiana, and Missouri. USDA’s National Agricultural Statistics Service (NASS) reports that nearly 1.4 million acres of peanuts were harvested in 2019 at a total value of more than $1.1 billion and weighing nearly 5.5 billion pounds -- that’s a lot of peanut butter and jelly sandwiches!

“Oh, but I don’t eat peanuts because they are unhealthy,” you might say. But there are plenty of nutritional reasons to crack open your favorite jar of peanuts this National Peanut Day. In this Peanut Nutrition 101 post by registered dietitian Jada Linton, we learn that peanuts are packed with healthy, unsaturated fats and more protein (7g) per ounce than any other nut. Additionally, peanuts are an excellent source of niacin and manganese and a good source of vitamin E, magnesium, folate, copper, phosphorus, and fiber. Not only are peanuts healthy for you, they’re also healthy for the environment! Due to their nitrogen-fixing capabilities, a peanut crop requires less (and sometimes no) fertilizer while also serving as a great rotation crop.

So there you have it! Peanuts are delicious, nutritious, and sustainable.